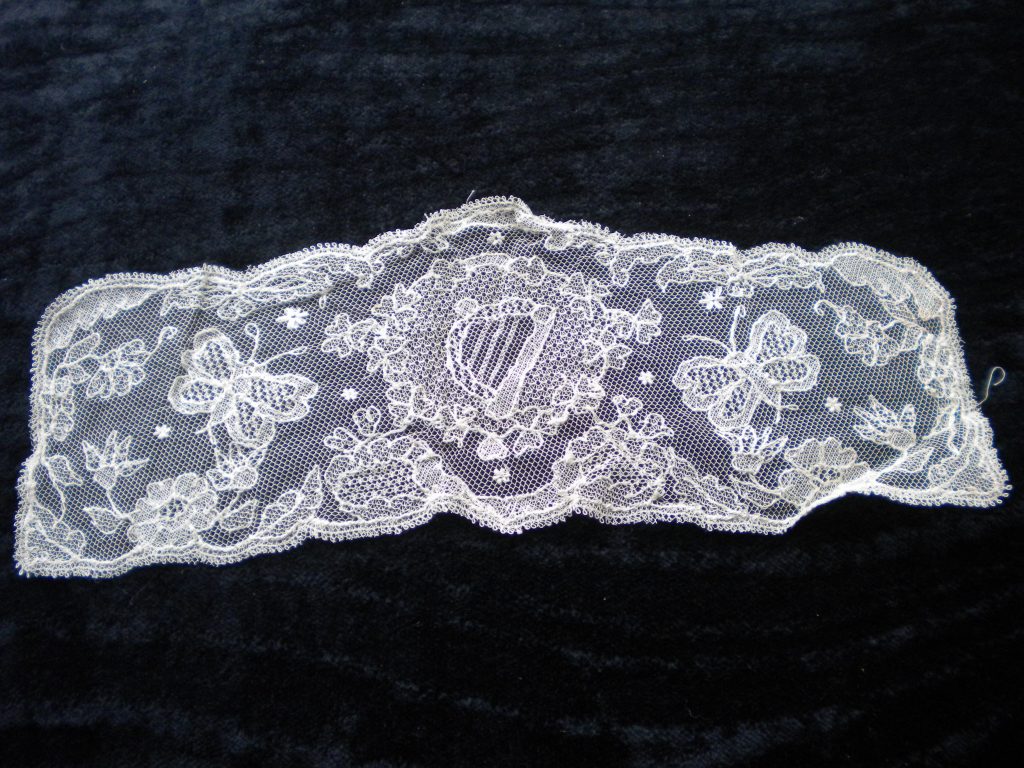 END_OF_DOCUMENT_TOKEN_TO_BE_REPLACED

Carrickmacross Lace is one of the most famous of the laces of Ireland. It has been the Irish lace of choice for top designers for wedding dresses and wedding veils.  It originated from an adaptation of applique needlework brought back from Italy by Mrs Porter, the wife of Reverend John Grey Porter, Rector of Donaghmoyne, Co. Monaghan in 1820. While it predates the Great Famines of 1845 to 1847 by twenty five years, even then it’s development as a lace was promoted to alleviate the poverty in the area. END_OF_DOCUMENT_TOKEN_TO_BE_REPLACED